Ariane Moffatt is an adventurer. The Montreal singer-songwriter's illustrious career is marked by curiosity â€“ sonic, musical and emotional â€“ and it is contagious. She has built a devoted following in Canada over the past decade, making inroads to France with her evocative blend of electro, pop, soul and rock. At the heart of her success is that voice â€“ an instrument of arresting intimacy that tugs on your heartstrings as it floats through the atmosphere, at once earthy, ethereal and capable of surprising power. Yet it was underwater that Moffatt made her grand entrance, splashing onto the scene with her 2002 debut Aquanaute. An entrancing collection of post-trip-hop confessionals blending acoustic and electronic textures, sung just above a whisper, the album struck a chord. It sold 120,000 copies and won three ADISQ Awards (Quebec's Grammys) including Discovery of the Year and Pop-Rock Album of the Year. Meanwhile, Moffatt was establishing a reputation as a mesmerizing performer, her live show bringing new dimensions to her dreamy sound. The submersive audio-visual experience was captured on the live CD/DVD Ariane Moffatt à la Station C, which appeared in 2005, six months before her second album, Le coeur dans la tête. Without losing the lightness of her earlier material, the new work surprised with gritty forays into rock, reggae and drum-and-bass. Two things became immediately obvious: this girl can do anything, and fit it all together with her voice. "It's like I want to master the essence of each kind of groove," Moffatt says. "I feel more creative when I make stylistic clashes, borrowing ingredients from all kinds of things I love." At the heart of her inclusive vibe is an emotional honesty that cuts through her aesthetic choices. "The emotion in a song is like the glue that picks it all up - my identity, my personality, poetry," she says. "Maybe that's my musical identity, that whole mix." Moffatt was introduced to the French public in February, 2006, opening for Alain Souchon at the fabled Olympia de Paris. Shortly after, Le coeur dans la tête was released in France, which would become a sort of second home for the singer. Moffatt seduced the French public with Je veux tout, the irresistible hit single off her third album Tous les sens. Released in April 2008, the song cycle found the singer dabbling in what she does best, from airy introspection to ragtime and funky electro. The release went on to win a slew of awards at home (the Juno for Francophone Album of the Year, four ADISQ awards) and in France (Prix de l'Académie Charles Cros, Prix de la chanson Française). The electronic elements of her music were highlighted on the followup EP Tous les sens - remix, featuring inspired reworks of her songs by acclaimed Montreal techno artists. On the opposite end of the spectrum, in 2010 she released Trauma - musique de la série TV, a collection of stripped down, English-language covers of songs by everyone from The Ronettes to Cat Power, Tom Waits and and Leonard Cohen recorded for the Grey's Anatomy-style Quebec hospital drama. Now, as she prepares to unveil MA, her most ambitious album yet, Moffatt is more comfortable than ever with the various incarnations of her artistic expression. "Music is big," she says. "It's the link between the vast expanse and what we are. It takes us places that aren't in any guidebook or on a map. It's like a quest, a search for what is beautiful - to make tangible the things which cannot be named." 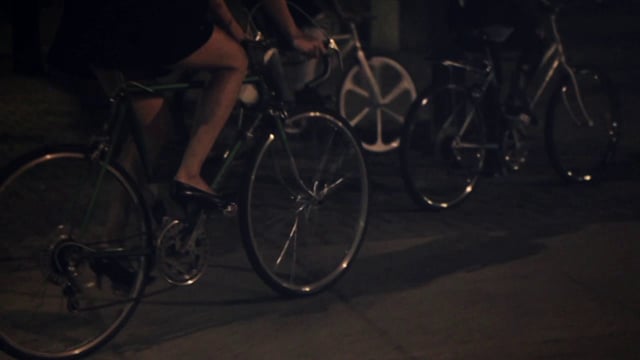